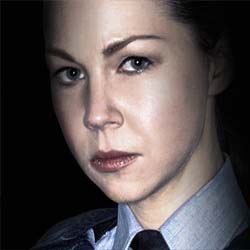 Red Rock is moving to a brand new time – and is going post-watershed for grittier and sexier storylines.

TV3 bosses revealed on Tuesday the soap is making a permanent move, with episodes to be shown after 9pm. The exact time is yet to be confirmed.

But as viewers tune back in next month to find out who killed pervert Sergeant Brian McGonigle, Red Rock producer Paul Walker reassured hard-core fans that the drama isn’t going to be a lot more violent or x-rated.

“We’re not going to lose the core audience because the audience is unbelievably faithful to the show,” he told the Irish Mirror on Tuesday.

“We are going into a later slot and the idea is to try and make sure we keep that audience but also bring a new audience with it.”

He added: “Red Rock is going darker but we’re not throwing the baby out with the bath water. The show works and it has been hugely successful.

“It would be a bit stupid to go all dark and have stabbings everyday of the week.

“We’re just going to look into the psychology of the characters much more. It gives us an option to do that and be a bit more adult then we were before the water-shed.”

The late-night episodes will kick off next month with two explosive offerings where viewers will at last find out who, from a list of seven suspects, killed crooked cop McGonigle.

The nail-biting episodes pick up from last May’s cliffhanger which saw the manhunt for McGonigle’s killer heat up with Detective Nikki Grogan certain she has identified the culprit.

But with many enemies with plenty of motive, is Nikki on the money with her hunch around who is responsible for putting an end to his reign of terror?

In a first for Red Rock history, the show will flash back in time to the night of Brian’s murder and discover once and for all who killed Brian?

All seven suspects each appear poised and ready to strike – scorned wife Jules, naïve teenage lover Rachel, her enraged father Liam, her ex-boyfriend Conor and his stressed out father Tommy, along with ‘thug with a grudge’ Mick Moran and the only person to have ever brought down Brian before, Sharon Cleere.

Each of them have motive but only one is Brian’s murderer.

The IFTA Award winning show has been a whirlwind success for TV3, part of the Virgin Media Group.

Since launching in January 2015, the drama series has been sold to Amazon Prime in the US – where 81% of viewers gave it five stars – and was acquired by the BBC for its summer daytime schedule.

• Red Rock returns for the new season here in mid-September, with TV3 confirming the date and time next Wednesday.