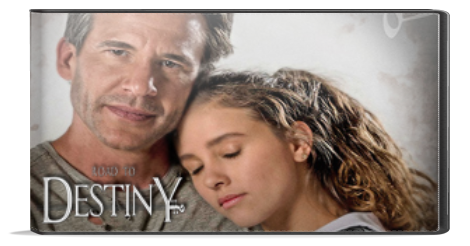 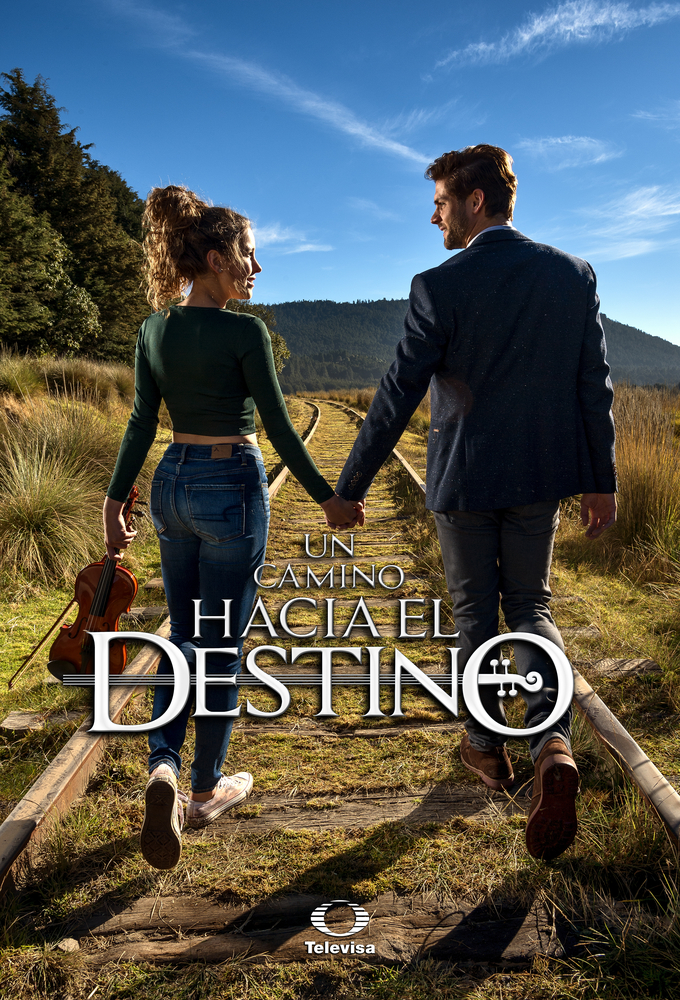 Original Title: Un Camino Hacia El Destino
English Title: Road To Destiny
Language: Spanish
Subtitles: English
Genre: Drama, Romance
PLOT
Luisa Fernanda Pérez, a beautiful, 18-year-old student, has two passions: mastering the violin and gardening, a skill she learned from her father, Pedro, the former groundskeeper of the wealthy Altamirano family’s estate. A chance encounter with destiny alters her life after she is injured in a car accident caused by Luis (her biological father), a playboy lawyer and falls for his stepson, Carlos, an attractive, young doctor treating her at the local hospital.
EXTRA INFORMATION

Univision is set to premiere a new romantic telenovela that will melt your hearts. “Un Camino Hacia El Destino” is a love story starring Paulina Goto (“Mi Corazón Es Tuyo“) and Horacio Pancheri (“La Sombra Del Pasado”). This new Televisa production is set to replace “Muchacha Italiana Viene A Casarse” starting on Tuesday, February 23 at 7pm/6c. The soap also stars Jorge Aravena (“Porque El Amor Manda”), Lisette Morelos (“La Impostora”), Eugenia Cauduro (“Abismo De Pasión”), Rene Strickler (“Que Te Perdone Dios“) and many more. If you love traditional stories, you will enjoy “Un Camino Hacia El Destino.” Here is the official synopsis so you can get an idea of what the telenovela is all about… Being only 18 years old, Amelia (Morelos) gets pregnant after sleeping with Luis (Strickler), the man she loves. He, a young student more ambitious than mature, leaves her to marry Marissa (Cauduro), a wealthy banker. Seriously upset, her father, Don Francisco, kicks her out of the house, but Pedro (Aravena), the gardener, takes responsibility for them. Amelia moves in with Pedro, who works hard to support her and her daughter, Luisa Fernanda (Goto), whom he has recognized as his own. The girl is unassuming and appreciates the big efforts ‘her father’ makes, but Amelia can’t get used to being poor and soon starts reproaching Pedro for his poverty. A strong bond is built between Pedro and Luisa Fernanda as the gardener’s tenderness, honesty, and generosity are reflected in the child, who gets the love for flowers from her ‘father’. She also stands out due to her extraordinary gift for music which she expresses masterly with her violin. Luisa Fernanda is out of money for her graduation trip when she is about to finish high school. One day, when she is almost hit by a car, a friend encourages her to lie in order to get the money she needs, taking advantage of the event. She wins the lawsuit, but she also wins the hate of the man she sued as well, and he is no other than Luis, her biological father, who even without knowing their kinship makes her life impossible from then on. During the incident, Luisa Fernanda also finds love by meeting Carlos (Pancheri), the doctor who examines her. He also falls for her and so he decides to end his relationship with his girlfriend, Isabela (Candela Marquez), who turns into an obstacle for his happiness as of that moment.

When Amelia starts working in Marissa’s bank, her anguish for being replaced grows stronger and leads her to confess her daughter that Pedro is not her real father. Luis acts indifferent to the news, but Pedro, who is frozen out, falls into depression. Over time, he gets closer to Marissa, who finds a generous and loving man in the gardener. Now, Luisa Fernanda must struggle to recover the place that belongs to her, be happy with Carlos, and establish herself as one of the best violinists in the country. THIS ARTICLE IS QUOTED FROM LATINTIMES.COM